The Power of Documentaries

The Power of Documentaries 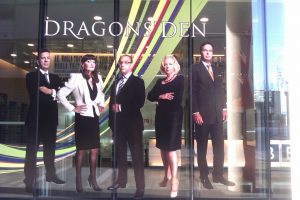 ICSR had a great time yesterday at the Good Pitch event in London hosted by the BRITDOC Foundation. It is what only can be described as a Dragon’s Den style event, where documentary makers are given the chance to pitch their films to a table of experts who in turn offer advice and support.

Both films related to the Middle East looked interesting and thought provoking. As Rageh Omar, who opened the event, pointed out – sometimes it takes documentary makers to uncover the real and most thought provoking of new stories, especially in the era of rolling 24 hour news.

ICSR’s Shiraz Maher was one of the experts for The Square, a film that documents the events of Tahrir Square from January 2011 to present. In fact, the film makers almost missed the event as they were so busy filming the celebrations after the announcement of Mohammed Morsi as President-elect.

There will be more about the films to follow…