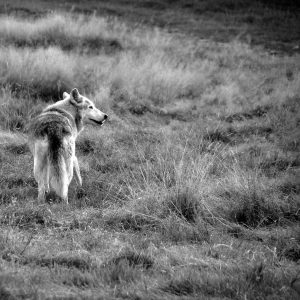 Almost a year to the day that Anders Behring Breivik carried out his deadly attack in Oslo, James Holmes donned his body armor, picked up the arsenal he had been accumulating over the previous months, primed a bomb at home designed to kill whoever walked in and headed off to the cinema. Once there he launched an as of now unexplained attack during a midnight screening of the new Batman movie.

Two weeks later, another tragedy struck America when Wade M. Page carried out a shooting at a Sikh Temple killing six members of its congregation. The question people have been asking since is whether any or all of these individuals are terrorists – or to be more precise, Lone Wolf terrorists.

In Holmes’ case, it is still unclear what drove him to carry out his action. Making his first appearance in a courtroom a couple of weeks ago, the immediate focus was on the color of Holmes hair and the fact that he is reported to have told arresting officers that he was the Joker – a fictional Batman nemesis. According to NYPD police chief Raymond Kelly, police apparently found some Batman paraphernalia in Holmes’ residence, and a local gun club owner said that ‘he got a “bizarre” Batman-inspired voice-mail message from Holmes that led him to issue a club-wide ban on the 24-year-old.’ All of this hints at a motive of some sort, but a tenuous one at best (the Joker, for example, did not have orange hair).

None of this points to any sort of a political motive. In fact, as time has passed, we have discovered Holmes was under psychiatric evaluation and that his doctor had tried to contact authorities about him. Whilst the case remains to be heard, it increasingly looks as though Holmes was a disjointed individual who found killing others as some sort of release.

On the other hand, with both Breivik and Page there was some sort of a political or ideological motive. This is important in defining whether this is an act of terrorism in the sense that we would commonly use it. If there was an underlying political motive, then it makes sense to characterise it as one-man political violence. If on the other hand there was no underlying motive beyond some imaginary world that the person has created, then it would seem to be missing the crucial element of political activism that is essential in an act of terrorism. This, put simply, is the action of a lunatic.

With both Breivik and Page there is a clear political motive. In Breivik’s case, we know about it since he wrote an epic and monotonous text telling us what he believed in, while with Page, we can only assume given his participation in white supremacist groups, musical tastes, and online activity. And both clearly come from an ideological ferment that seems to help explain their choice of targets. That in both cases, the communities they felt ideologically affiliated with have largely rejected them does not detract from the fact that the ideas influenced them.

The utility of understanding whether there is a political motive is that if there is, then it behooves national security services to understand it and be alert to the possible consequences. People had long watched the rise of the Eurabian fear mongering focused on conspiracy theories about a Muslim takeover of the West that was helped on by liberal governments weak on immigration, but the connection was never made that this could inspire people to violence. Not the radical right sort that most countries (except Germany it seems) have under good surveillance, but the new ideologies inspired in reaction to the rise of extremist Islamist ideas in Europe.

In the US, the notion of white supremacist/far-right groups moving into action seems to have been a concern, but resources were re-deployed from watching them in the wake of a scandal surrounding a report on the topic by the Department of Homeland Security (DHS) back in 2009. More recently the single-minded focus on violent Islamists seems to have diverted people’s attention.

But what is confusing about these individuals who seem motivated by political ideology is that they decided to act on their own with such brutality and no direction. Terrorists see themselves as vanguard actors and they usually operate in a group that provides an echo chamber in which they can develop their identity. It helps them justify what they are doing and then gives them direction to do something about it. With Breivik and Page they seem to have been part of a broader community, but acted by themselves and did not necessarily expect anyone to rise up to follow them (Breivik even says he expects condemnation).

This is what makes them hard to understand. Their choice of target seems to have been dictated by their chosen ideologies. But the pointless nature of their assault and its subsequent lack of any follow-up makes it hard to comprehend. In the case of a terrorist cell performing an attack on behalf of al Qaeda, they are participating in an active global war in which their single attack is part of a bigger strike against society their group is conducting. And while Breivik and Page may see themselves in this role, from an outsiders perspective it is almost unfathomable that there is any sort of war on that these men see themselves part of and the absence of any direction seems to support this. At least with al Qaeda, we can see regular attacks by affiliates in Afghanistan, Iraq, North Africa, Pakistan, Somalia, Yemen, etc, as well as periodic attempts elsewhere with connections back to these hubs.

Instead with Breivik and Page we are facing two men who killed a group of people seemingly detached from any clear group, but driven by a violent set of ideas. The fact they had an ideology of some sort distinguishes them from Holmes. And it is this that defines them as Lone Wolf terrorists rather than simply a crazy kid with a gun. They were seeking a goal that has a framework that exists outside their minds. This is not to explain or justify or glorify their actions in some way, but rather to say that in categorical terms it is more useful to understand them as politically motivated actors rather than deranged people with guns who act for no reason. And if we can understand the ideology and refine our other markers to some degree, it might be possible to identify such individuals.