Syrian–Israeli Negotiations: Lessons from the past by Radwan Ziadeh

Syrian–Israeli Negotiations: Lessons from the past by Radwan Ziadeh 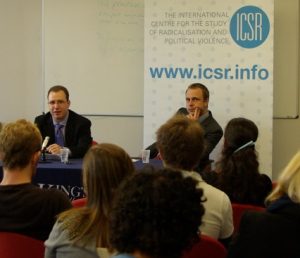 What can be learnt from the failures that mark out the decades of peace negotiations between Syria and Israel?

Dr. Radwan Ziadeh provided and analytical viewpoint on the history of negotiations between both countries from the 1991 Madrid peace conference to the death of Syrian president al-Assad in 2000.

Dr. Ziadeh says the past should be used as guidance but that governments, political leaders and international organizations must look ahead for only the future holds the solution. He underlined that even though Syria and Israel’s years of negotiating have not led to peace, they have laid down the foundations for a deal which neither party should reconsider.

The missed opportunities in finding a peace agreement between Syria and Israel teach us the inter-connectedness of internal and external issues, regional balances of power and international intervention within a peace negotiation.

A reality that the Obama administration will have to face in the more global peace process for the Middle East region.